"Peter has a fantastic eye for detail, especially when dealing with large paper caseloads." "His written work is excellent, and his response time is incredibly prompt. He is great with clients regardless of their backgrounds."

Peter is listed as a leading junior in Criminal Law by both Chambers UK, and The Legal 500.

He is frequently instructed on behalf of people accused of being concerned in the commercial importation or supply of class A drugs. He has considerable experience in pursuing disclosure disputes and in presenting abuse- of-process applications. He is also skilled at challenging the prosecution’s interpretation of telephone evidence.

Notable cases include successfully acting for a woman charged with involvement in a major nationwide opium supply conspiracy and successfully appealing the sentence of the pilot of an aircraft used to import cocaine from mainland Europe. His most recent cases have involved representing a retired magistrate accused of drug-related money laundering, in a case founded upon the evidence of a supergrass and acting for a man accused of being the assistant to the leader of a major Luton/Greater London heroin conspiracy.

He has considerable experience in representing clients accused of homicide or serious non-fatal violence. He has dealt with many cases involving an alleged gang or organised crime background. Recent cases include representing a young man with learning difficulties accused of the manslaughter of a delivery driver and acting for a businessman accused of attempting to murder his wife.

In a particularly high profile case he successfully represented a pilot of a helicopter charged with manslaughter following a fatality at Long Marston Airfield.

Peter is experienced in representing clients accused of trafficking offences. His recent cases include representing a music company businessman facing charges concerning trafficking women from South America and Europe for employment in a prostitution business.

Rape and other sexual offending

He has conducted many trials involving allegations of rape and serious sexual offending. His cases include defending a man charged with historical rapes as part of a major grooming investigation and representing a mental health carer alleged to have sexually abused a woman lacking the capacity to consent. His past rape cases include obtaining an acquittal for an actor who appeared in the film War Horse.

Peter has defended in Islamic terrorism cases. These include the House of Lords case of R v G; R v J [2009] UKHL 13 and a very high-profile case concerning al-Qaeda’s internet media operation. His experience includes representing a teenager accused of grooming a vulnerable fellow college student to construct a pipe bomb for use in a planned terrorist incident. He also acted as junior counsel for a man accused of conducting an animal-rights-motivated bombing campaign against Oxford University.

Contempt of court and perverting the course of justice

He has a niche interest in cases involving allegations of contempt of court or perverting the course of justice. He acted for a man who published a recent image of one of the men responsible for the murder of Jamie Bulger. He has also represented a juror who conducted internet research.

Representing a man alleged to have played a leading role in a major cocaine supply network. The case involved prosecution expert evidence of the alleged deployment of a novel telephone anti-surveillance technique involving the use of spoof SIM cards.

Acting for a businessman accused of attempting to murder his wife.

Acting for a man alleged to have a played a leading role in a Greater London heroin conspiracy.

Acting for a retired magistrate accused of drugs-related money laundering in a case involving evidence from a Supergrass.

Acting for a mental health care worker alleged to have sexually abused a woman lacking the capacity to consent. The case involved the questioning of two witnesses with severe learning difficulties.

The successful appeal of the 19-year prison sentence of the ‘cocaine pilot’. Andrew Wright had previously pleaded guilty in 2016 to conspiracy to import £33.5m of cocaine in his light vessel plane.

Represented a garage owner at trial charged with involvement in a conspiracy to import and supply two hundred kilos of cocaine via Tilbury docks.

Representing a teenager accused of grooming a vulnerable fellow college student to buy ingredients for a pipe bomb to be used in a terrorist attack. 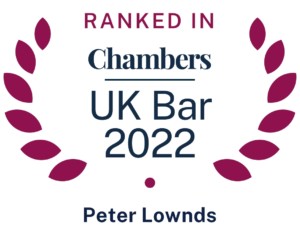 Fraud during the pandemic: might the government amend its Online Safety Bill?