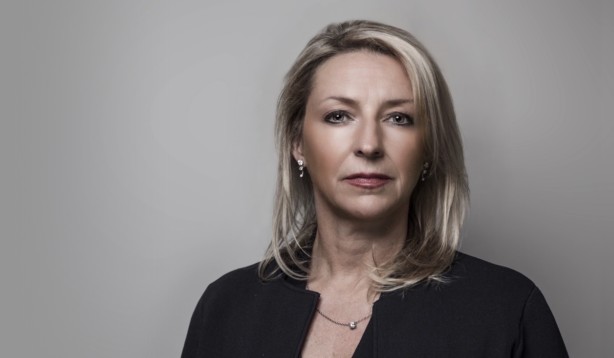 "Sallie is the most outstanding advocate. She is very persuasive when on her feet and a shining example of excellence at the Bar both inside and outside court."

Sallie has deservedly established a formidable reputation as being an extremely able defence advocate who is exceptional with clients and achieves acquittals in the most difficult of circumstances. She is described as ‘a brilliant advocate. She is hard working, fearless, clever and highly strategic in her approach’.

She has defended a number of celebrity clients in relation to allegations of violence and sexual assault and also represents professionals accused of crime arising from their work. She has developed expertise in representing of young offenders, where her ability to instill confidence in her clients is of particular importance. Details of these cases can be provided upon request.

She has a wealth of experience in cases that are factually and legally complex. Many of the cases she undertakes demand an ability to assimilate expert evidence and to cross-examine professional witnesses. Sallie has extensive expertise in relation to intelligence led operations, and in relation to offences of terrorism.

Sallie lectures in the West Indies on a range of topics and to visiting judiciary to the UK on issues relating to Sexual Offences.

Sallie acted for the PA of James Stunt, former husband of Petra Ecclestone.  Her client was also charged with forgery together with James Stunt.  The trial resulted in the acquittal of Sallie’s client on all counts.  Mr Stunt was also acquitted of the forgery allegation.

Acted for a 25 year old man who was accused by his former girlfriend of rape on 2 occasions, against, she claimed, a background of coercive and controlling abusive behaviour.  Sallie secured an acquittal.

GH was charged with being a member of National Action which, at its height, had over 100 members of young white men drawn from universities. GH was one of 6 defendants that were investigated by police for their involvement in a plot to murder the Labour MP Rosie Cooper and a female police officer and allegedly belonging to the far-right group.

OW was accused of being one of a group of 3 men who attacked and fatally stabbed a 43 year old man in broad daylight on a housing estate in North London. The prosecution alleged that each of the 3 defendants were armed with a knife and set upon the victim as a group. Multiple residents witnessed the attack from a neighbouring tower block, with some even filming it on mobile phones. Sallie, leading Vivienne Tanchel, secured an acquittal.

Operation Pottery was an investigation brought by the Lincolnshire Police that sought to investigate the Rooney family – it was the largest ever prosecution of slavery offences in the UK. As well as breaches to the Modern Day Slavery act the case also involved allegations of violence and fraud.

Sallie represented an Oxford graduate who had been accused of sexual misconduct. The Oxford college were compelled to withdraw allegations and issue an apology. The Panel ordered that the College should pay the costs of the accused student for the proceedings

Sallie secured an acquittal of her client who was charged with 11 counts of rape and sexual offenses against 2 complainants dating from 27 years ago. The allegations were made against a backdrop of attempts to extort money from the defendant and collusion between the complainants, who were related to each other.

Stephano Brezzi, a 50 year old Italian-born programmer for a US investment bank, was accused of strangling and dismembering a police officer after he met him on the gay dating app Grindr. Sallie led Harry Bentley.

This related to the principal ‘phone hacking trial’, involving allegations that News of the World conducted ‘industrial scale’ hacking of the mobile phones of politicians, those associated with the Royal Family and celebrities.

The Supreme Court considered the issues of secondary liability in circumstances of transferred malice.

This is widely recognised as an exceptionally complex case where the arguments included a review of comparative jurisprudence from a number of countries.

This case dealt with the alleged fraud that led to the £20 million collapse of the Crown Currency Companies. A note of caution for sports agents, introducers and intermediaries: beware the implied “effective cause” term