"A vastly experienced, fluent advocate who is an outstanding tactician."

Peter Wright KC is cited by Chambers UK, the Legal 500 and other industry directories as a leading Silk. Testimonials from those guides, his instructing solicitors, and also his lay clients, describe a highly respected senior practitioner of considerable experience and gravitas. He specialises in providing advice and advocacy in cases involving crime, fraud, health and safety, as well as other forms of regulation or decisions by public bodies which affect businesses and individuals.

In 2006 the Attorney General appointed him Senior Treasury Counsel, and he was the first person ever to be directly appointed to that position, which he relinquished in 2010 to return to his defence practice. He is regularly instructed in cases of the utmost gravity and complexity, including fraud, cartel price fixing arrangements, corporate and gross manslaughter, murder and terrorism. He works in London (the Isle of Man- where he is instructed in criminal proceedings against the Attorney General) and in Crown Courts across the country. He regularly appears in the High Court and Court of Appeal arguing complex points of law. As well as advising the Crown Prosecution Service, Treasury Solicitor and Attorney General, he has extensive experience of working for and against other agencies of Government including the Serious Fraud Office and Office of Fair Trading.

His case profile includes: appearing as leading Counsel in the series of trials arising from the alleged corrupt payments to public officials by journalists known as Operation Elveden; an OFT Investigation into International Cartel and Price Fixing Arrangements in the steel abrasives industry; the LIBOR scandal; civil and criminal proceedings arising from the investigation by the SFO into breaches of the UN Oil for Food Programme to Iraq; in addition to his “mainstream” criminal work in Corporate and gross negligence manslaughter; terrorism and murder.

In addition to defending in cases of serious and complex crime, Peter also advises and represents companies and individuals who face investigation or proceedings under Health and Safety legislation, and in related cases such as fatal and other non-fatal accidents arising from incidents in the workplace.

“A vastly experienced, fluent advocate who is an outstanding tactician.” – Chambers UK 2023

“A man with a very big presence in court who is a great jury advocate.” – Chambers UK 2022

“A fine advocate who is an outstanding tactician.” – Chambers UK 2021

“Hard-working, focused and never gives anything less than his best.” – Chambers UK 2020

“He is immensely good on the law and delightful to deal with, as well as a worthy opponent.” Chambers UK

“He is a very hard-working and tenacious prosecutor.” – Chambers UK 2016

“His preparation is always meticulous, his client manner is very assured without being arrogant, and his advocacy skills are second to none.” – Chambers UK 2015 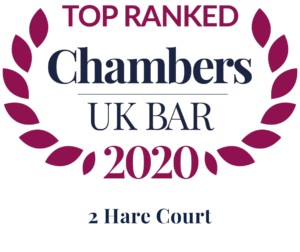