Harry has appeared in many high-profile serious crime cases including several murders and conspiracies.

Student charged with possession of neo-Nazi terrorist manuals. His suspended sentence after trial was referred to the Court of Appeal as unduly lenient by the Attorney General. The judge’s sentence remarks gained media attention when he was encouraged to read classic literature.

Charges of encouraging terrorism contrary to section1 Terrorism Act 2006. The Libyan defendant suffered from mental health difficulties arising out of the pandemic and events from his childhood in Libya.

Conspiracy to murder and conspiracy to commit GBH. The case had its roots in gang crime and was one of a number of tit-for-tat murders and violent assaults in Salford, Manchester. Previous incidents had included the murder of Paul Massey who was standing for Mayor of Salford and a grenade attack on a family’s home.

The defendant was accused of murdering his disabled mother and dismembering the body by decapitation while suffering from a drug induced psychosis. Extensive psychiatric evidence was called over a number of days by both the prosecution and defence.

The defendant was one of six individuals involved, in the mass manufacture and production of anabolic steroids, in specialist laboratories within the UK.

One of the largest slavery prosecutions in the UK. The case involved allegations starting 25 years ago made by multiple vulnerable complainants.

Murder and dismemberment of a police officer. The two men had met over the social media app Grindr before the murder. The case received a large amount of media attention.

Conspiracy to steal ancient Chinese jade and Rhinoceros horn artefacts from museum across the UK.

Conspiracy to control prostitution arising out of one of the most popular internet-based escort agencies in the North of England. 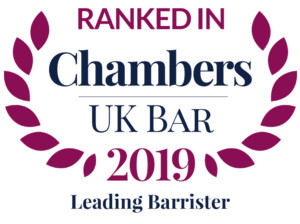 Narita Bahra QC and Harry Bentley’s positive engagement with the opposition, in a terrorism trial, results in a just outcome.

Practice: Obtaining And Using An Intermediary