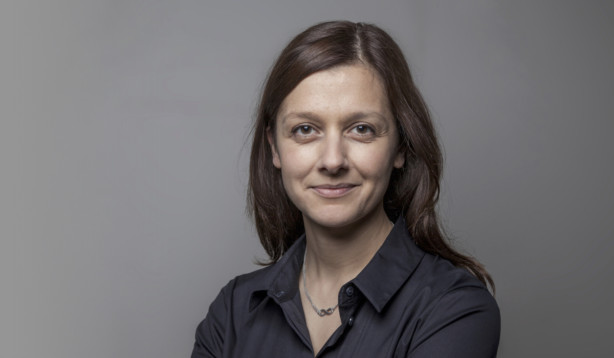 "She is a wonderfully intelligent advocate who fights her clients’ corner tirelessly. Excellent with clients and a first-choice counsel."

Alexandra is a leading inquest and public inquiry barrister. She advises and acts in complex and high profile cases on behalf of a wide range of interested persons and core participants including bereaved families, companies, company directors, schools and other educational establishments, medical professionals, care homes, care providers and NHS Trusts.

Alexandra is ranked as a Leading Individual for Inquests and Public Inquiries and Health & Safety in the 2022 Chambers & Partners UK legal directory. She was nominated as Public Law Junior of the Year by The Legal 500 in 2018.

Acting on behalf of the family of Paul Kavanagh, who died whilst at the helm of the Pomeroy Swan racing yacht sailing on The Solent during a gybe manoeuvre.

Acted on behalf of the CNWL NHS Foundation Trust in the inquest into the death of Ella Parker who was 5 months pregnant when she was stabbed to death by Ryan Blacknell, a voluntary patient at the Campbell Centre from which he had absconded.

Acting on behalf of FC Nantes in the inquest into the death of 28 year old footballer, Emiliano Sala, who died when the Piper Malibu aircraft he was travelling in crashed into the English Channel, north of Guernsey, in January 2019.

Acting as Junior Counsel to the Commission of Inquiry which was established in January 2021 by the Governor of the British Virgin Islands. The Right Honourable, Sir Gary Hickinbottom, a member of the Court of Appeal, has been appointed as the sole Commissioner of the Inquiry. The purpose of the Commission is to examine the Territory’s governance and to make recommendations for improvements. The inquiry is expected to report within six months.

Acting on behalf of RATP Dev, one of London’s largest providers of bus services. Mr Patel was a London bus driver for RATP Dev. He contracted Covid 19 in April 2020 and died at a Nightingale hospital some 4 weeks later. One of the issues explored by the inquest was the adequacy of protective measures implemented by RATP Dev in relation to Mr Patel in response to the Covid 19 pandemic and by extension the many hundreds of its bus drivers who, as key workers, continued to work throughout the duration of the pandemic.

Acted on behalf of Showsec in relation to the public inquiry into the Manchester Arena bombing on 22 May 2017 which resulted in the deaths of 22 people.

Acted on behalf of Oxford NHS Foundation trust in the inquest into the death of a psychiatric patient following his treatment and discharge from hospital.

Representing a station Supervisor in the inquest into the death of a young woman who fell on the tracks (a fall visible from several CCTV cameras) and died from multiple injuries sustained by a passing train several minutes after her fall.

Acted on behalf of Harley Facades in relation to the public inquiry into the Grenfell Tower fire which resulted in the deaths of 71 people on 14th June 2017.

Acting alone on behalf of the family of Corporal Darren Nielson who died following an explosion of a Challenger 2 battle tank during live firing training on 14th June 2017.

Acting alone for the family of Lance Corporal Craig Roberts, one of the three soldiers who died of heat exhaustion following an SAS selection exercise in the Brecon Beacons in July 2013.

Instructed as second junior counsel to the public inquiry into the death of Alexander Litvinenko, the former Russian FSB agent allegedly poisoned by Polonium 210 in London in 2006.